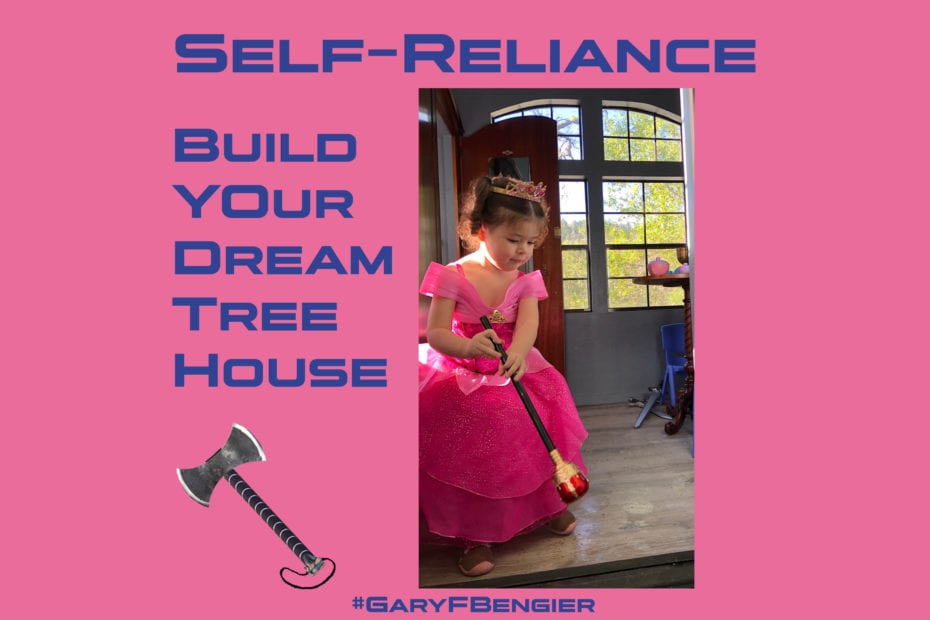 Treehouses can be an excellent opportunity to do something yourself, without undue reliance on anyone else. I’ve found if you embrace your independence and are methodical, then lots of problems fall away, and your path forward clears.

This attitude also teaches one to be more methodical in doing any project, perhaps being more “zen.” Which reminds me of a favorite old book, Zen and the Art of Motorcycle Maintenance, by Robert Pirsig. He talked about the zen mindset of fixing problems with his BMW motorcycle, and in life. You as the mechanic face a problem: the bolt needs removed on the cover plate before you can get to the actual problem. You quickly try to do that step, while your mind is on the next step—and you strip the threads and now the bolt becomes an insurmountable impediment. The secret of motorcycle maintenance? Be in the moment, concentrating on each step as you do it, and then move on. It’s a lesson in being present.

I decided to be present for the building of this tree house, to make the experience of constructing it the principal event. The project took on a life of its own. It took a year. (Well, I was busy, and this was a weekend project.) It was a very enjoyable year.

The plan was to build a tree house for the grand kids. That was plural; only a hope, since there was only one granddaughter, still a baby in arms. It’s good to begin tree houses before they seem to be needed. The usage period for a tree house is only from about age three through age thirteen. (We should add to that use by grandparents.) I know the first age limitation because I built a few tree houses when at that grade school age.

Here’s one other secret about kid’s tree houses: there are so few good ones because of the upper age limit. As young kids begin to grow, they can use a few tools, and lift a bit of lumber, skills and muscles needed to build a reasonable tree house. But just about the time the muscles are there to do any construction, well, hormones take over and the mind wanders from tree houses. That was another reason that I expected that Grandfather would be appreciated for doing the work on a good tree house—having a special place when still at that magical age of innocent childhood.

The first key question, after finding just the right tree, was: What kind of tree house? The entire point is imaginary play. My wife, Cynthia, said, “How about a castle? Both girls and boys can enjoy that, playing prince and princess.” I became a magical castle tree house builder.

I also readily agreed for a utilitarian reason. The black oak chosen had its key branch twelve feet in the air. I was concerned with making entrance to the tree house deck safe to reach. That problem was now solved—I could build a tower, with a spiral staircase, to reach the deck. (You can build a spiral stair out of a kit, with steps that bolt to a central steel post.)

My weekend project began. Another zen idea is this: the tree dictates what the tree house looks like, and where things are placed. Fit the tree house to the tree. I climbed up in the tree and spent several peaceful days just studying the limbs, then laying pieces of 2x2s attached with a few temporary nails, to check for levelness and placement of the main support beams. The castle tree house grew first on the backs of a few scraps of paper, drawn with a carpenter’s pencil.

I think I’m reasonably handy now, though not a carpenter. I’ll stick to the rough work and leave the fine tuning to someone better at it. Since I decided to try to do as much of the beginnings as I could, I built the tree house single-handed, with no one else to help lift. That was probably just my pride, to claim ownership of the construction; and it is challenging to lift heavy beams into trees. By myself, I got as far as pouring all the concrete, setting the two main beams in the tree, raising all the support beams for the tower, setting the joists for the deck, laying the decking, and finishing the railings. I needed help to set the spiral staircase in place, and to raise the second story of the tower framing. Then I invited my friend Mike, a real finish carpenter, to complete most of the rest.

The details were fun to think about and to add over many months. I found an old stained-glass window on eBay. Another eBay seller supplied an old door. An Etsy artist supplied the gargoyle. (I’ve always loved the gargoyles on Notre Dame from first laying eyes on them. Something castle-like needs gargoyles.) I got really carried away finding a spiral slide from a factory in China (they all seem to be made there), and figuring out how to get it on a ship and through customs several months later. Yes, I got carried away. Mike and I spent a hard but rewarding day bolting all the sections together while standing on ladders, then testing it—for safety, of course.

Did I learn or practice any self-reliance? Yes, plenty. There was the bolt that got stuck, and the torque drill that then kicked to bruise my wrist. There was lots of planning needed to lift the two two-hundred-pound beams into place by myself. (Full disclosure: a simple block and tackle can make you feel like superman.) And it did work out, because I was methodical, I didn’t rush things, and I stayed fairly present. That made the project memorable.

Please watch the video if you would like to know some of the details of building this castle tree house, as you plan your own tree house project (or something else to practice your self-reliance). 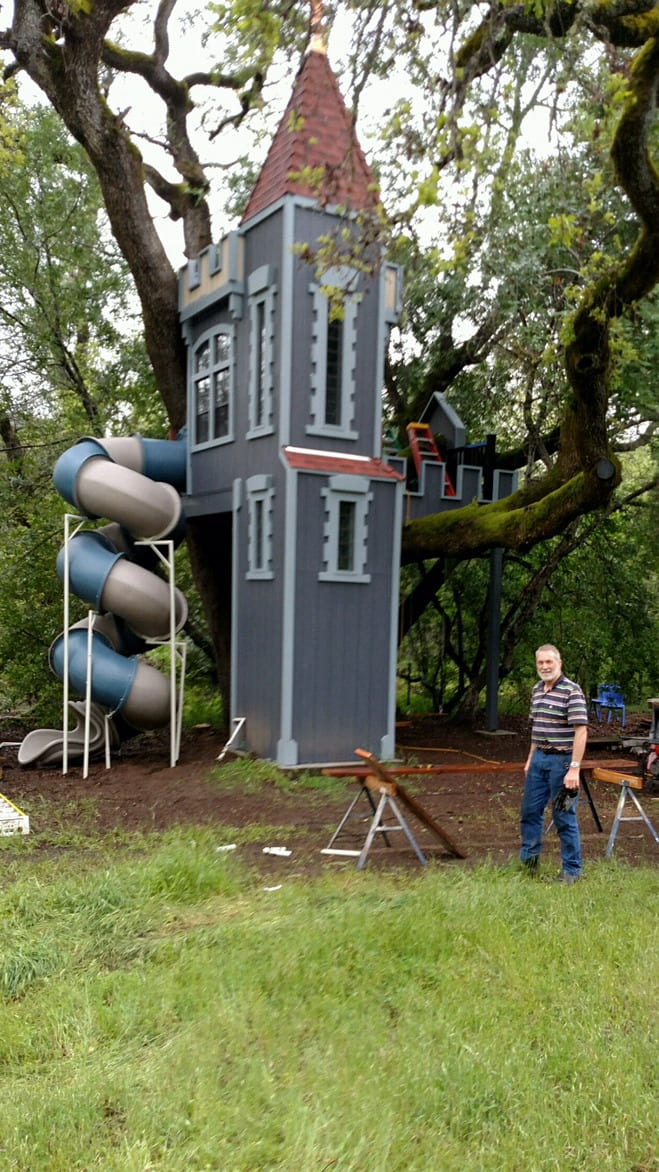