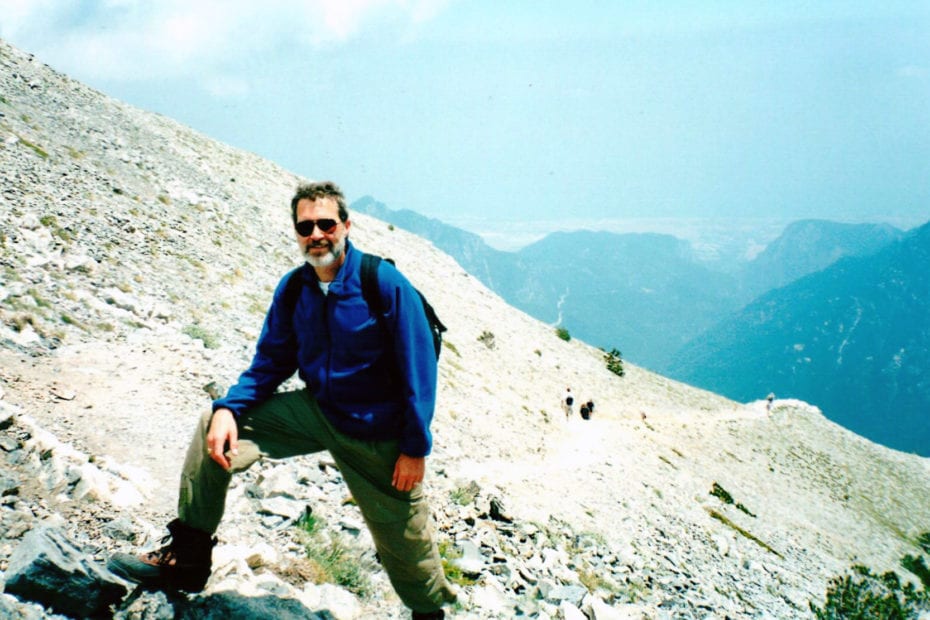 I have had a bit of a climbing bug over the years. Let me be honest: this came about because I was—and still am—a bit afraid of heights. I decided to face that fear head-on. So I started climbing some (relatively easy) mountains. These are not “climbed Everest” stories. These are merely “guy afraid of heights deciding to beat this condition” kind of adventures. I will say that it worked. While I still feel a bit woozy when I stand too close to the edge of some deep drop, I do not have the same reaction that I once did. It’s good to face our fears.

One of my favorites is a hike to Mytikas, the highest of the three peaks on Mt. Olympus in Greece, and supposedly the place where Zeus sat on his throne, tossing down thunderbolts. I’m into safety, so I hired an expert guide. He was a mild-mannered gentleman (as I’ve found many mountaineers are—the mountains make you humble, or dead). He had been on K2 in the Himalayas and recounted a harrowing tale. On that climb, two members of his party died, swept down the mountain in an avalanche. My guide was carried far down the mountain, partly buried, with many bones broken. His surviving buddy had sprinted away, barefoot, and so had avoided the avalanche. His buddy crawled down to find my guide. He found an empty sleeping bag and stuffed my guide into it to survive. He took my guide’s boots, promised to return with help, and left him there overnight. Another avalanche in the middle of the night pushed him farther down the mountain, but didn’t bury him. He told me that he was in fear from large pieces of ice that rained down periodically all night.

The next day, help did indeed arrive. My guide survived. It took a year for him to recover. Not surprisingly, he was a very methodical, careful mountaineer. From him, I learned to respect the mountain. Notwithstanding that experience, he was a true competitor, and was known then as the best ice climber on Olympus. He could scale shear walls of ice that would make your hands sweat just to look at them.

Mt. Olympus has three peaks. The lower two were ascended by the ancient Greeks. In Socrates’ time, the priests went to the top of the second highest and offered burnt offerings to Zeus. The highest of the three, Mytikas, is technical (requiring modern ropes and equipment) and was not ascended until 1913, in an expedition led by Christos Kakkalos. That’s why the ancient Greeks never climbed it; they only reached the lower two peaks. The ancient Greeks believed that if the top of Mytikas was clouded, then Zeus was in residence; if clear, then he was off doing something else (no doubt some mischief interfering in the lives of men).

Our objective was Mytikas, the technical peak, the true top of Mt. Olympus.

The climb usually takes two days. The first day is spent slowly hiking up a rough trail, steep but not too difficult. You reach the hut named Refuge A, or Spilios Agapitos, at 2,100 meters. The hostel is known locally as Zolota, after the surname of the family that has run it for generations. The manager between 2001 and today is the daughter of Kostas Zolotas and Maria Zolota; she was there when I made the climb. What a wonderful host! The food was excellent, and drinking ouzo on the back deck in the evening with other climbers was magical.

The second day consists of an arduous climb to the top, and then a descent all the way back to the start. We began that day very early. When we got to the technical part, we donned helmets and roped up. My guide was in the lead, and I was on belay.

With my guide leading, I felt mostly safe, but the last part to the top was pretty exposed. Helmets against rock falls, and on belay the whole way. Maybe the fact that it was clouded in a bit made the last hundred meters less scary—I couldn’t see how exposed. The good news: we made it to the top before bad weather rolled in. It was exhilarating, and my guide and I celebrated. (He no doubt for the three hundredth time; but he still was happy to make it too.)

Why do we climb mountains? For some, it becomes an obsession, and an out-of-bounds rush of danger. But for me, it is because of the sense of achievement. It was good to demonstrate to myself that I could fight off the fear of heights, to banish that to something not to worry about. We should all try to banish our fears, and just go on with life.

And here is a nice video, calmly sailing over Mytikas from your armchair. 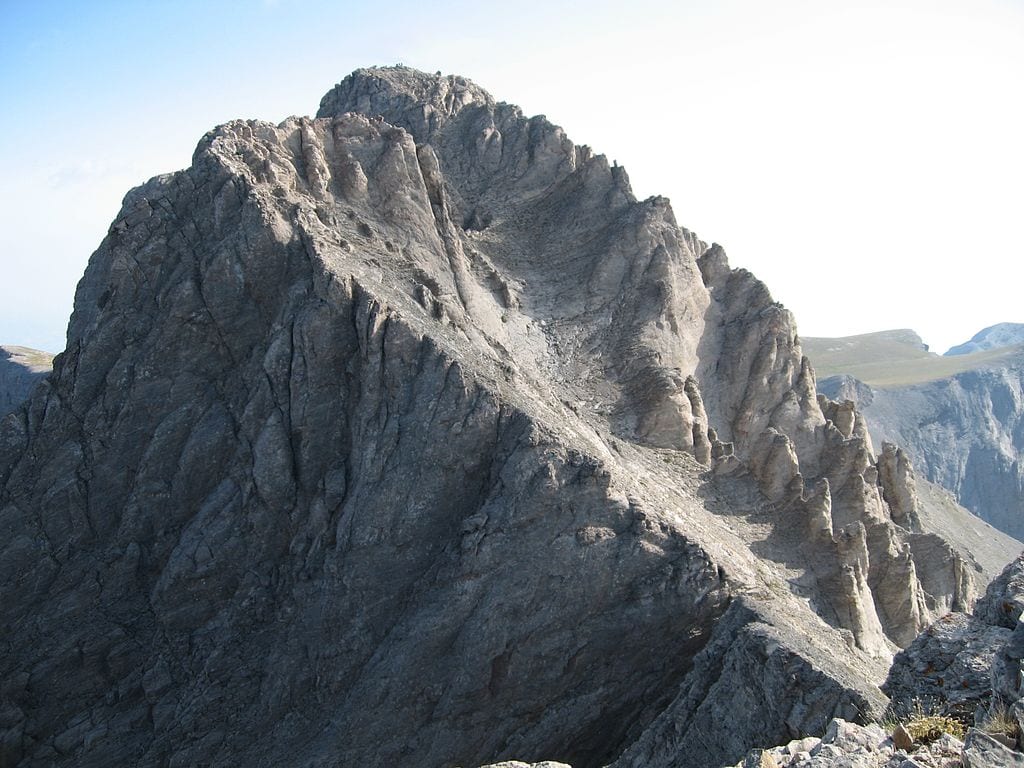 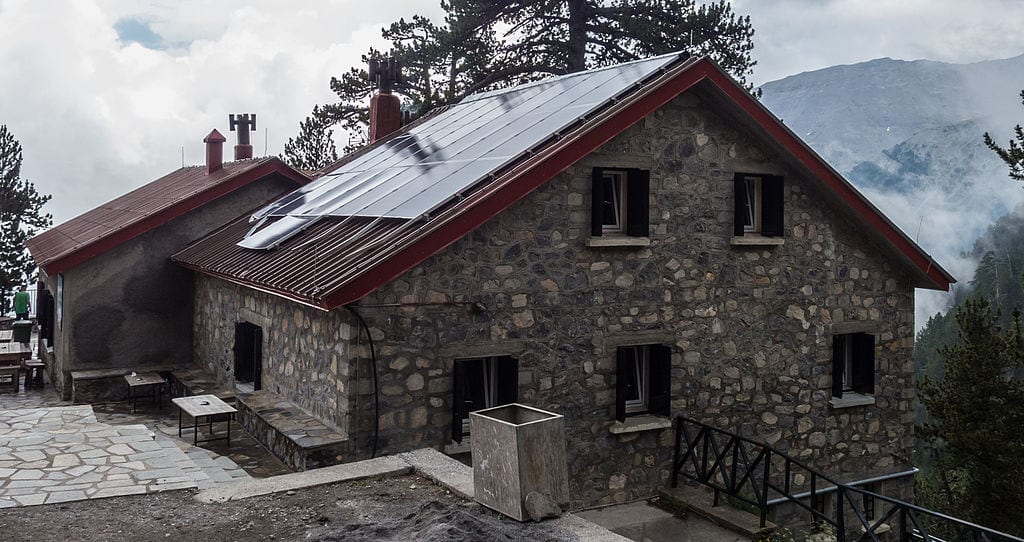 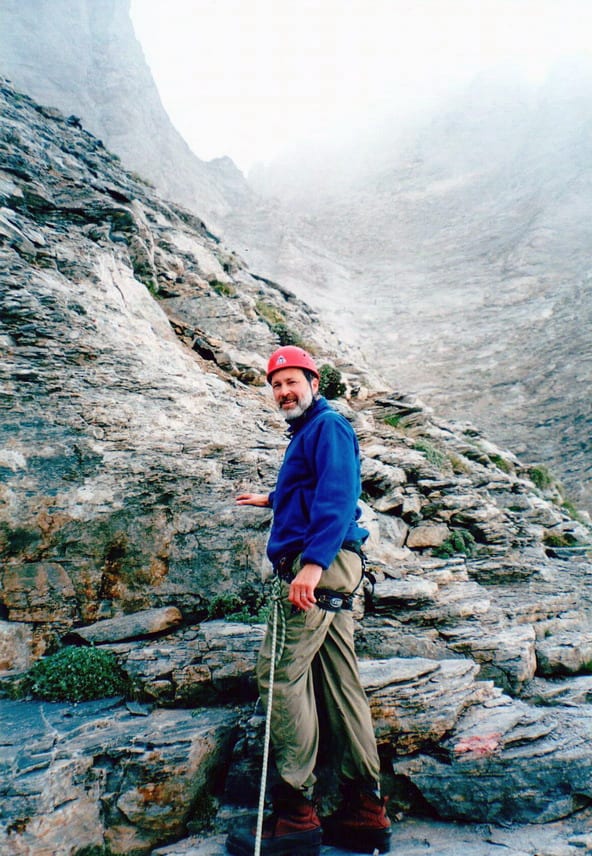 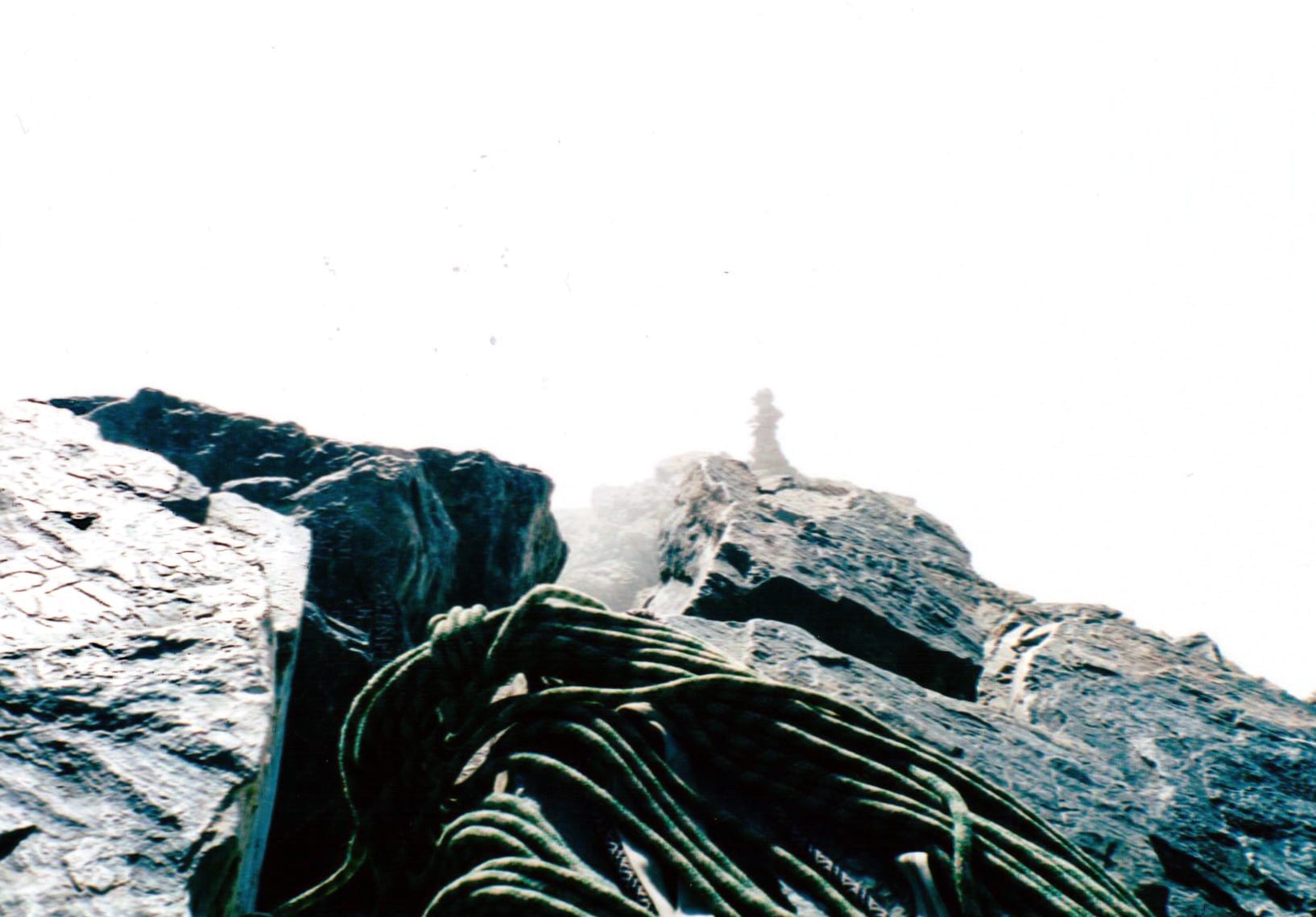 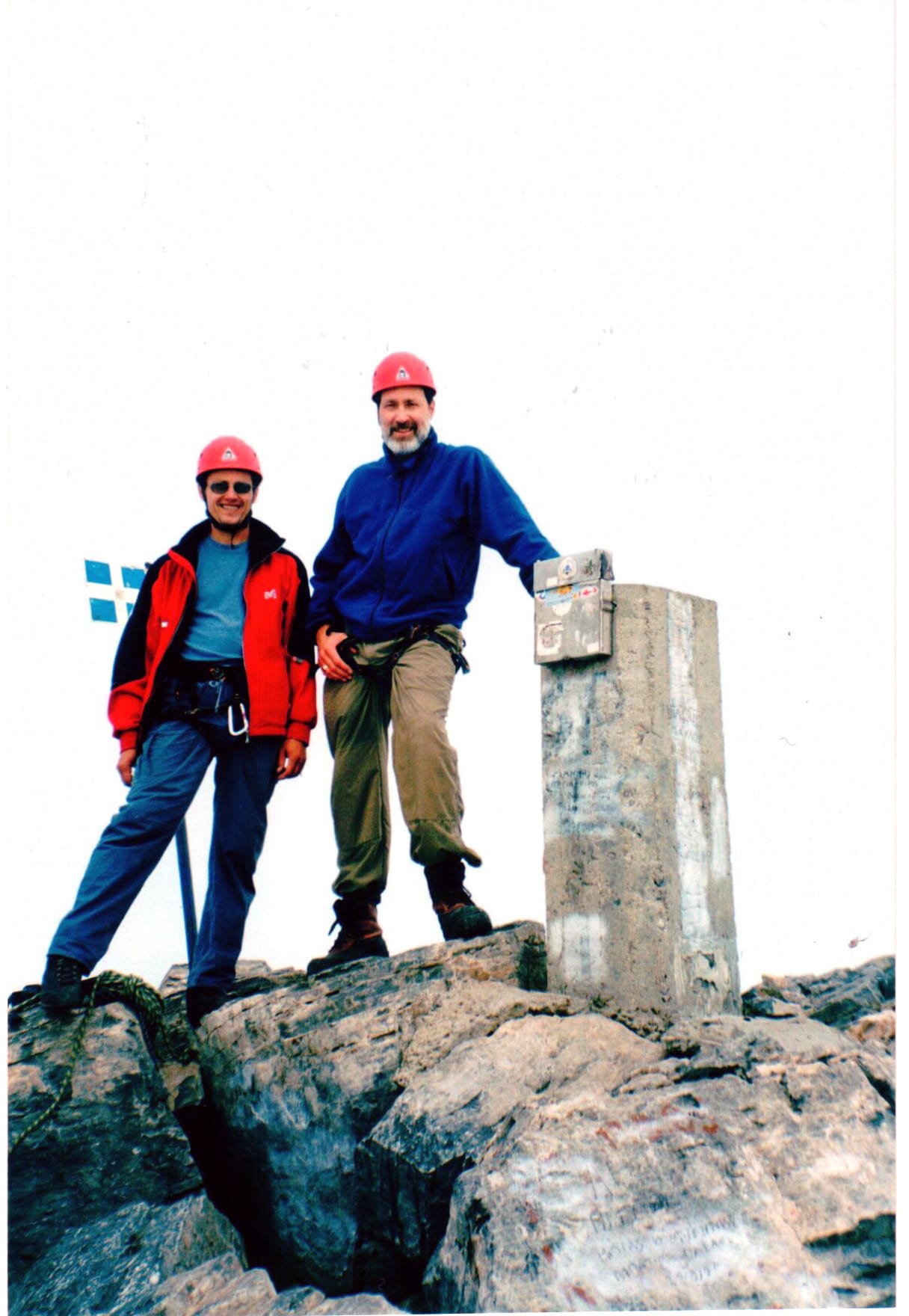